Doctor Jamaal Rahman is a chiropractor at Burke Mill Chiropractic in Winston-Salem, NC. At age 15, Dr. Jamaal began experiencing debilitating low back pain. With a high level of empathy, he understands what it's like to be sidelined from life. It was his back issues that led Dr. Jamaal to the chiropractor's office for the first time in his teen years. Today, he loves helping people, even more, difficult cases that haven't found results elsewhere.

When Dr. Rahman injured his back playing football, he was unable to walk or even move. The agonizing pain just got worse and worse. He went to his father’s chiropractor. Just by sitting in the reception area listening to philosophy videos, he started to feel hope for his condition and that he did not have to stay in pain.

After experiencing care and having some talks with the chiropractor, Dr. Rahman knew just what his future path would be.

Dr. Rahman earned a Bachelor of Science in Kinesiology from the University of Illinois in Champaign-Urbana. He then attended Palmer College of Chiropractic, where he sought seminars for the Gonstead Technique, developing his skills and knowledge that he uses to this day. While at Palmer, he was nominated for the Clinical Excellence Award. Dr. Rahman earned a Doctor of Chiropractic in 2018.

Taking the Time to Listen

If you haven’t felt listened to or validated at other healthcare offices, that’s not the case here. In his practice, Dr. Rahman is an attentive listener who is ready to address your every need. “I love seeing people coming in joyful and happy, knowing they’re better after every adjustment they get.”

Life Is All About Family (and Chiropractic!)

Dr. Rahman is a family-oriented person. He and his wife, Monica, were high-school sweethearts. They have two sons, Kaden and Kash. Monica was adjusted throughout her pregnancies. Kaden is full of personality, a little chatterbox who steals the hearts of people he meets with his good manners and talkative nature. Kash is a baby, who is extremely calm despite being new to our world.

When Dr. Rahman has spare time, he enjoys going to the gym, particularly for weight training or MMA. He likes working on projects around the house or working on his car, or watching movies from a variety of genres.

Passionate about staying active in the community, Dr. Rahman is a member of the Reynolda Rotary club and the Lewisville-Clemmons Chamber of Commerce.

Take the Next Step

If you want to learn more, there is no charge to sit down with Dr. Rahman and discuss whether you can benefit from what we do. Contact Burke Mill Chiropractic today!

If Dr. Jamaal doesn't think chiropractic is right for you, he'll refer you to the appropriate provider.

Enileidy has been with Burke Mill Chiropractic since October of 2021 and has been an integral part in the growth of our clinic. She grew up in Elkin, NC so has been a North Carolina inhabitant for the vast majority of her life.

She was born in Mexico and is fluent in Spanish. She runs the administrative tasks including verifying insurance benefits, setting patients up on therapy, scheduling, answering the phones and being the first lovely face you see when you walk through our doors! She is certified in the state of NC as a chiropractic assistant and will soon test for her radiological exam. In her free time, Enileidy enjoys spending quality time with family and friends, listening to music and gardening. Enileidy's favorite part of working at Burke Mill Chiropractic is interacting with the patients and making sure they have the best experience while in the office. 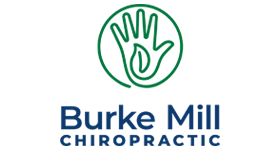